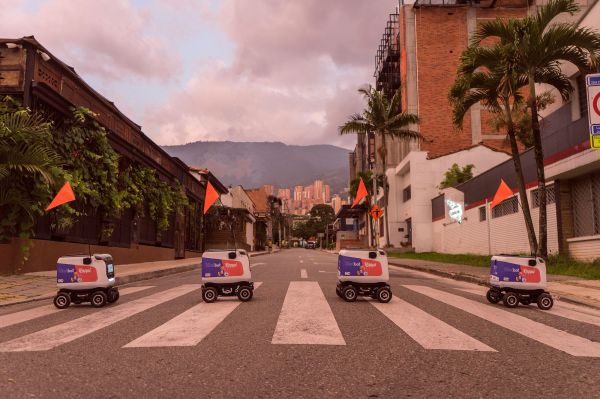 Kiwibot, the delivery robot startup that got its start shuttling burritos and snacks to students on the University of California-Berkeley campus, is expanding to San Jose with a new business model and partners Shopify and Ordermark.

About 25 Kiwibots will begin today delivering food and goods to customers in downtown San Jose and Buena Vista, a predominantly Latino neighborhood located southwest of the city center. Kiwibot will charge $3.99 per delivery, a fee that restaurants and other businesses can choose to absorb or pass onto consumers.

The launch in San Jose isn’t just about a geographic expansion. The announcement also marks the public launch of Kiwibot’s new B2B strategy.

Kiwibot made the transition in January and started to build out a business-to-business API so that any business could connect to its platform. Shopify and Ordermark are the first partners for Kiwibot under this new direction.

What this means is that any business using the Shopfiy platform to manage their online stores can add the Kiwibot API so that their products and be delivered directly to customers. Meanwhile, Ordermark, which sells an online ordering platform to businesses, has integrated the Kiwibot API into its product. Now Kiwibot shows up, alongside a variety of other services, on the Ordermark dashboard.

Kiwibot is also working closely with the city of San Jose, according to Chavez.  The city’s transit agency will be able to locate and monitor each robot in real-time via the Mobility Data Specification (MDS). A growing number of cities are using the MDS tool to track shared mobility vehicles such as scooters. But Chavez contends that San Jose is the first city to be integrated with a robotic company API. The data is anonymized to keep customer’s personal information private, Chavez added. 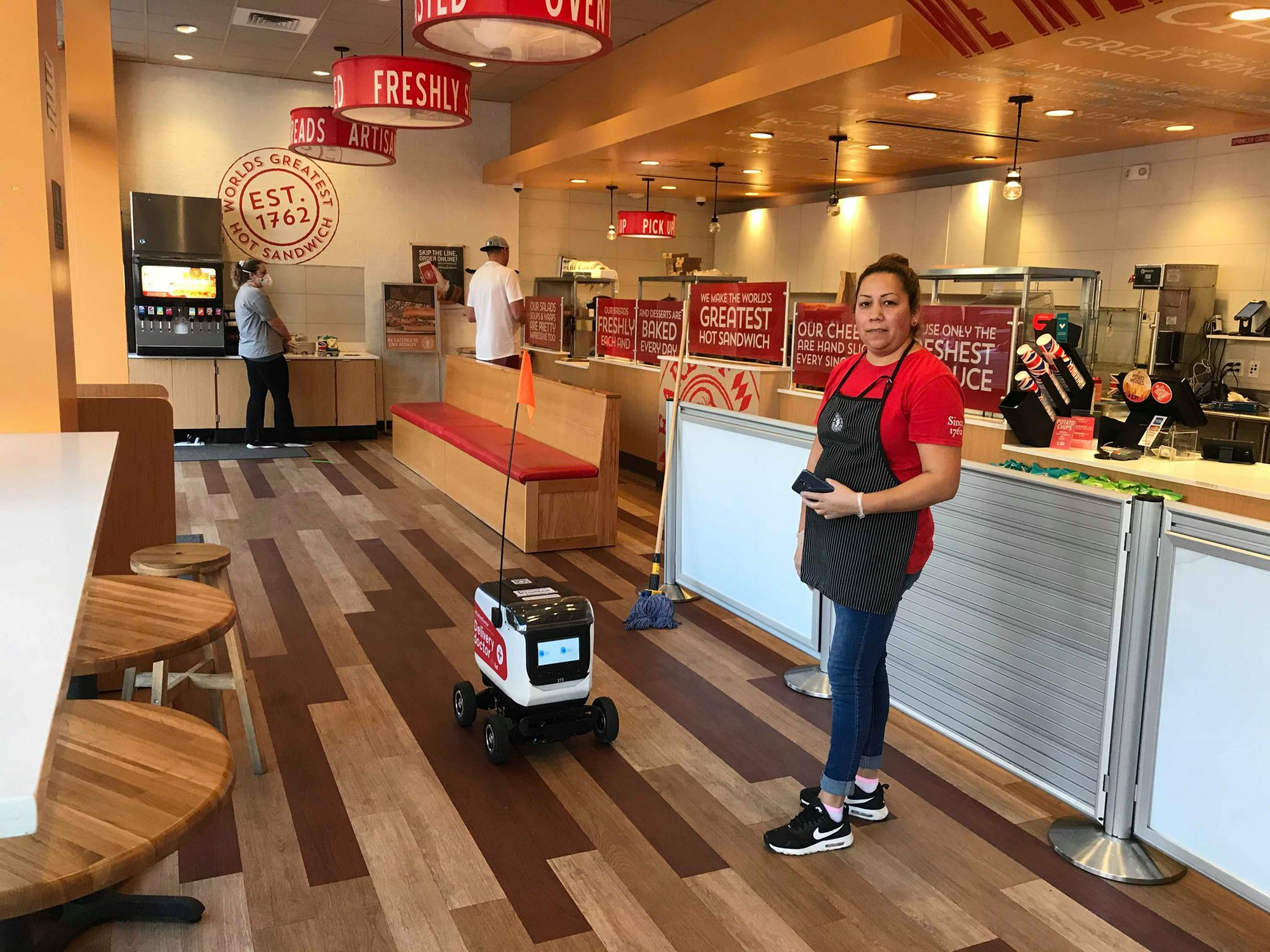 Kiwibots are not fully autonomous. At least not quite yet. Chavez uses the term “semi autonomous” to describe the bots. Here’s what that actually means. The delivery bots are equipped with a camera and are capable of detecting objects and navigating around them. However, the bots are also supported and controlled remotely in certain scenarios by humans, who can monitor up to three robots remotely. These teleoperators, or supervisors as Kiwibot calls them, provide path planning, a method of setting and adjusting way points along a route. They can also step in and take direct control of the bot when problems arise. The supervisors, many of which are located in Colombia where Chavez and his co-founder Sergio Pachón originally hail, also control the bot on all traffic crossings, according to the company.

The aim is for these bots to become less reliant on humans over time. Kiwi’s next generation, known as Kiwibot 4.0 will be noticeably larger. What the public might not notice is the additional sensors, including more cameras and even lidar. The Kiwibot 4.0 is expected to come out at the end of the year. 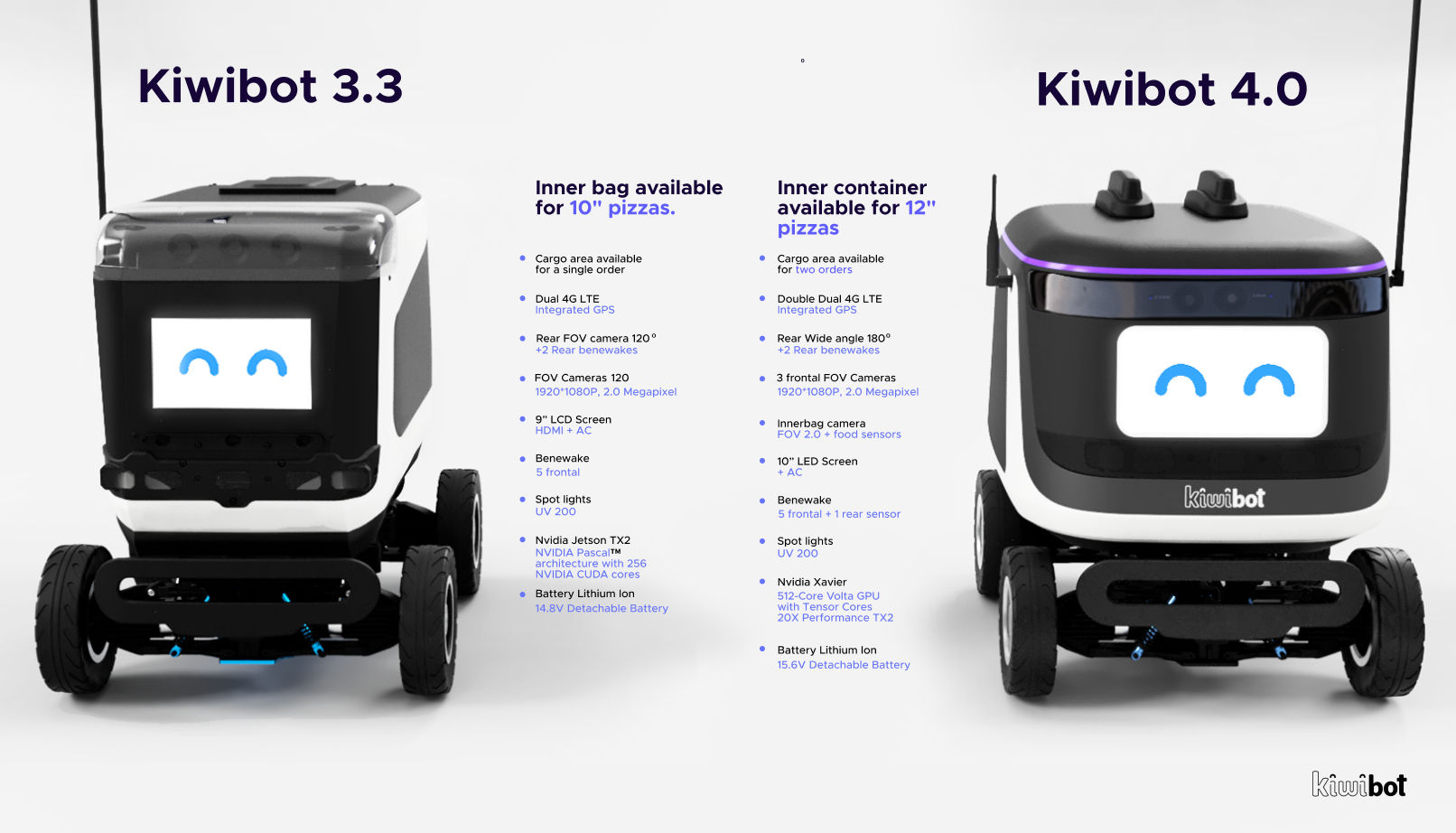