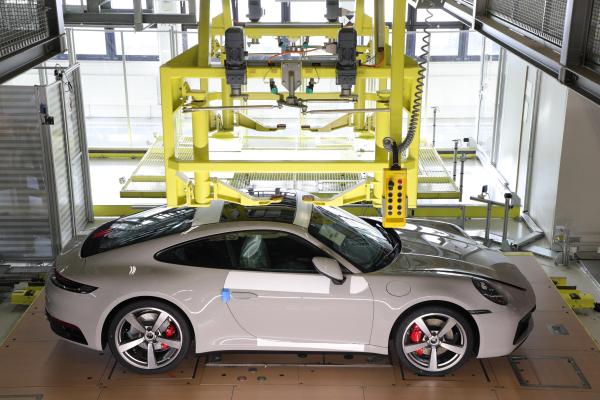 Porsche has been placing more resources into developing digital services as it tries to match the tech demands of its customers. The latest effort borne out of its Porsche Digital subsidiary is an app that lets U.S. buyers who have ordered a 911 sports car to track its progress from production to the dealership.

The app, which is integrated with the My Porsche web portal, provides customers updates on 14 events, including production in Germany, the vehicle’s departure and trek across the Atlantic, port entry into the U.S. and its arrival at the dealership. The digital service, called Porsche Track Your Dream, provides background information about each milestone and shows a countdown in miles and days.

The Porsche tracker is a niche product with a narrow customer base. It will only be offered to 911 buyers. The automaker sold last year 9,265 Porsche 911 sports cars in the United States. But the company does plan to add other vehicles in the future including its all-electric Taycan.

The app is part of a broader strategy to up its digital game. Earlier this month, Porsche Cars North America launched an online platform called Porsche Finder that lets customers search for used vehicles across its dealership network. The platform lets customers to search by vehicle model and generation and includes additional filters for price, equipment and packages, as well as interior and exterior vehicle colors.

In April, the automaker unveiled a line of head units designed to replicate the vintage look while still featuring modern connectivity such as Bluetooth, DAB+, and Apple CarPlay.

On Monday, Virgin Orbit attempted the first full flight of its orbital payload launch system, which includes a modified Boeing

Anything less than nationwide vote by mail is electoral sabotage – TechCrunch

the Tesla Cybertruck isn’t getting any smaller – TechCrunch