Hello and welcome to my DevSecOps post. Here in Germany, it’s winter right now, and the forests are quiet. The snow slows down everything, and it’s a beautiful time to move undisturbed through the woods.

Here you can pursue your thoughts, and I had to think about a subject that customers or participants at conferences ask me repeatedly.

The question is almost always:

What are the quick wins or low hanging fruits if you want to deal more with the topic of security in software development?

And I want to answer this question right now!

For the lazy ones, you can see it as youtube video as well

Let’s start with the definition of a phrase that is often used in the business world:

Even as a software developer, you will often hear this phrase during meetings with the company’s management and sales part.

The phrase is called; “Make or Buy.” Typically, we have to decide if we want to do something ourselves or spend money to buy the requested functionality. It could be less or more functionality or different so that we have to adjust ourselves to use it in our context.

But as a software developer, we have to deal with the same question every day. I am talking about dependencies. Should we write the source code by ourselves or just adding the next dependencies? Who will be responsible for removing bugs, and what is the total cost of this decision? But first, let’s take a look at the make-or-buy association inside the full tech-stack.

Difference Between Make and Buy on All Layers

If we are looking at all layers of a cloud-native stack to compare the value of ‘make’ to ‘buy,’ we will see that the component ‘buy’ is in all layers the bigger one. But first things first.

The first step is the development of the application itself.

Assuming that we are working with Java and using maven as a dependency manager, we are most likely adding more lines of code indirectly as dependency compared to the number of lines we are writing by ourselves. The dependencies are the more prominent part, and third parties develop them. We have to be careful, and it is good advice to check these external binaries for known vulnerabilities.

We should have the same behaviour regarding compliance and license usage. The next layer will be the operating system, in our case Linux.

And again, we are adding some configuration files and the rest are existing binaries.

The result is an application running inside the operating system that is a composition of external binaries based on our configuration.

The two following layers, Docker and Kubernetes, are leading us to the same result. Until now, we are not looking at the tool-stack for the production line itself.

All programs and utilities that are directly or indirectly used under the hood called DevSecOps are some dependencies.

All layers’ dependencies are the most significant part by far.

Checking these binaries against known vulnerabilities is the first logical step.

One-time and Recurring Efforts for Compliance and Vulnerabilities

Comparing the effort of scanning against known vulnerabilities and for compliance issues, we see a few differences.

Let’s start with the compliance issues.

The first step will be defining what licenses are allowed at what part of the production line. This definition of allowed license includes the dependencies during the coding time and the usage of tools and runtime environments. Defining the non-critical license types should be checked by a specialised lawyer. With this list of white-labeled license types, we can start using the machine to scan on a regular basis the full tool stack. After the machine found a violation, we have to remove this element, and it must be replaced by another that is licensed under a white-labeled one.

The recurrent effort on this site is low compared to the amount of work that vulnerabilities are producing. A slightly different workflow is needed for the handling of found vulnerabilities. Without more significant preparations, the machine can do the work on a regular basis as well. The identification of a vulnerability will trigger the workflow that includes human interaction. The vulnerability must be classified internally that leads to the decisions what the following action will be.

There is one other difference between compliance issues and vulnerabilities. If there is a compliance issue, it is a singular point inside the overall environment. Just this single part is a defect and is not influencing other elements of the environment. 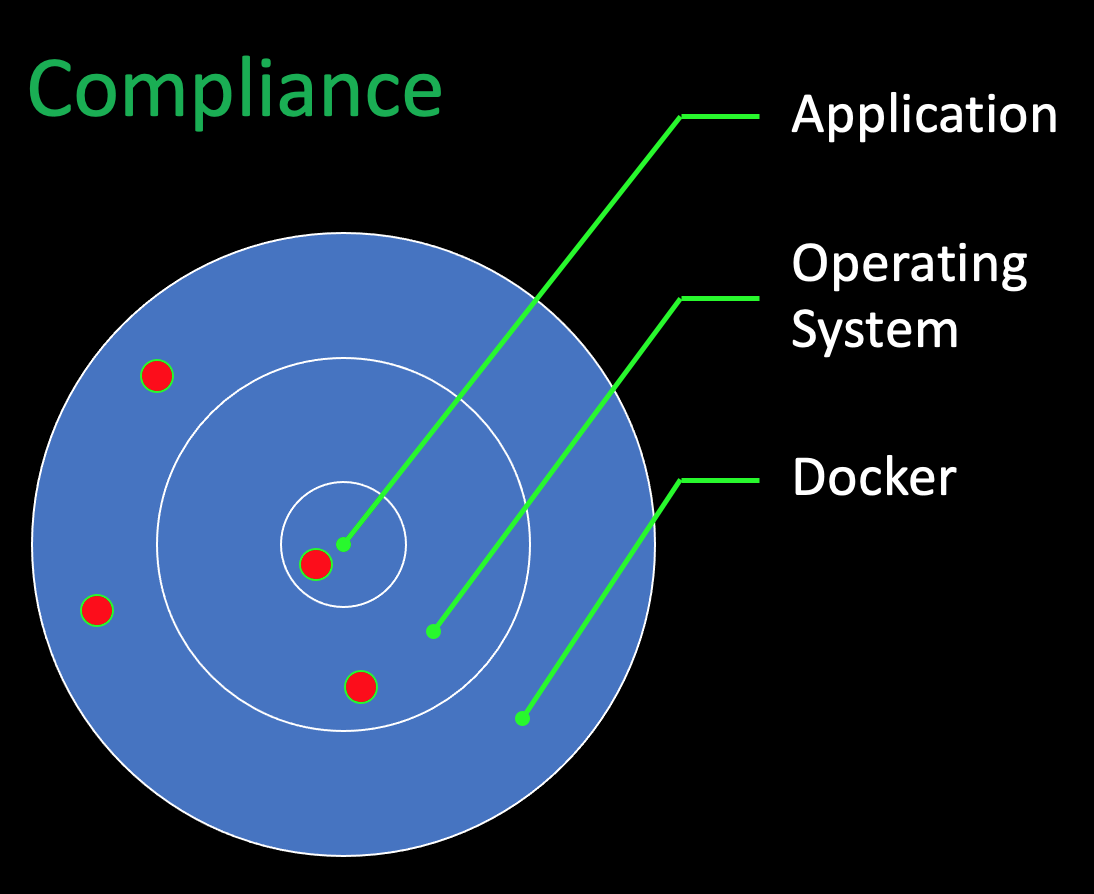 Vulnerabilities: Can Be Combined Into Different Attack Vectors 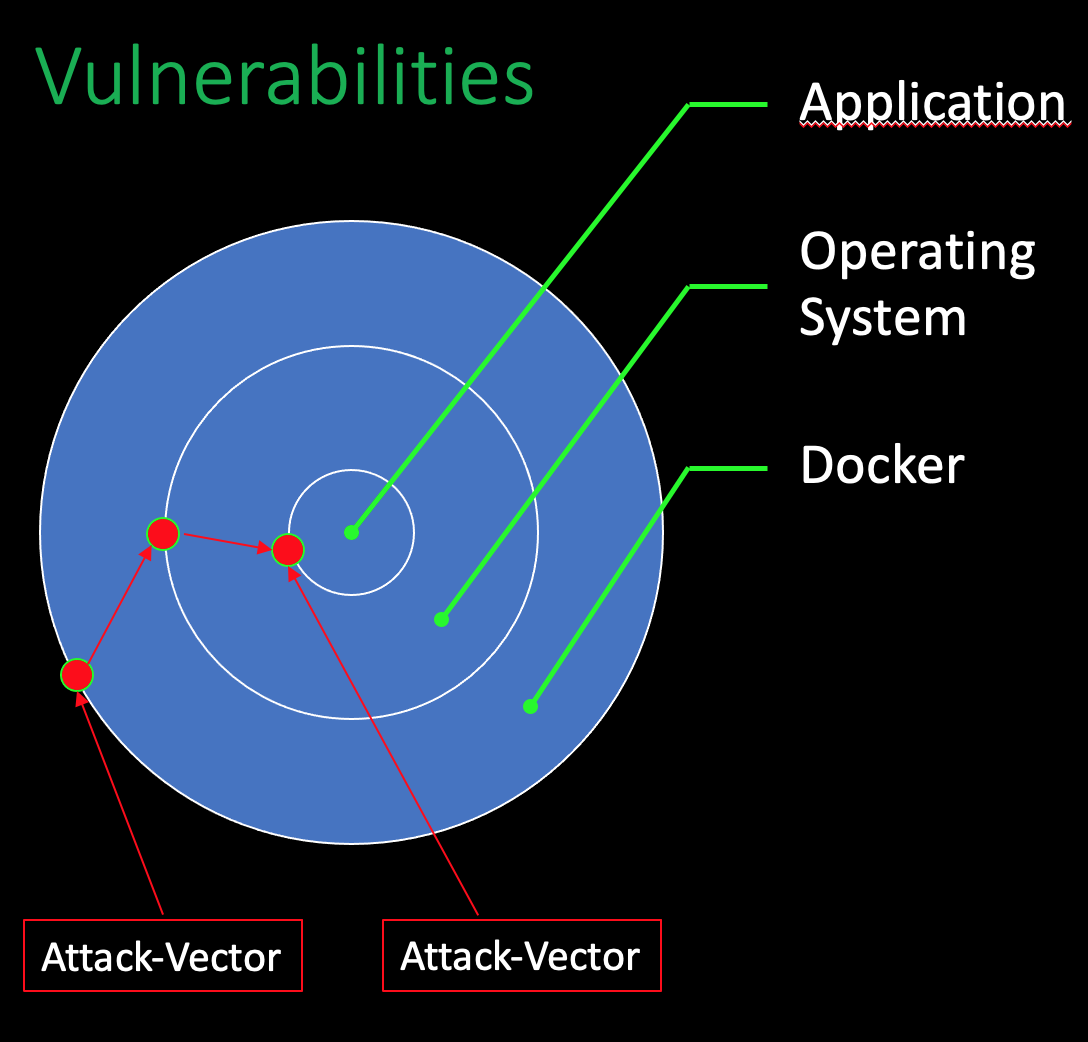 Vulnerabilities: Timeline From Found Until Active in the Production

I want to have an eye on as next is the timeline from vulnerability is found until the fix is in production. After a vulnerability exists in a binary, we have nearly no control over the time until this is found. It depends on the person itself if the vulnerability is reported to the creator of the binary, a commercial security service, a government or it will be sold on a darknet marketplace. But, assuming that the information is reported to the binary creator itself, it will take some time until the data is publicly available. We have no control over the duration from finding the vulnerability to the time that the information is publicly available. The next period is based on the commercial aspect of this issue.

As a consumer, we can only get the information as soon as possible is spending money.

This state of affairs is not nice, but mostly the truth. 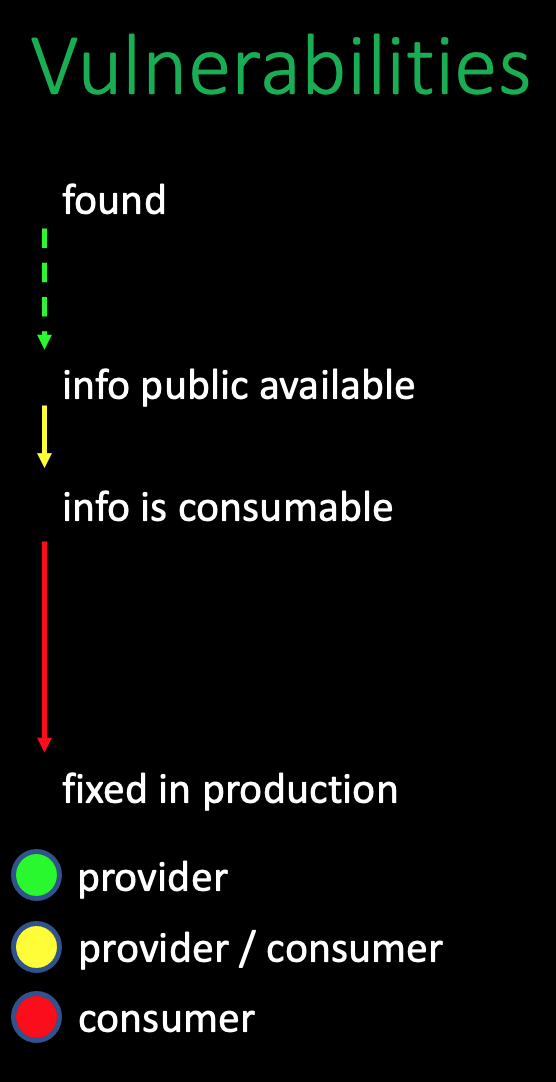 Until now, the only thing you can do to speed up the information flow is spending money on a professional security information aggregator. But as soon as the information is consumable for you, the timer runs. It depends on your environment how fast this security fix will be up and running in production. To minimise the amount of time a full automated CI Pipeline is one of the critical factors.

But even more critical is excellent and robust test coverage.

Good test coverage will allow you to switch dependency versions immediately and push this change after a green test run into production. I recommend using a more substantial test coverage as pure line-coverages. The technique called ‘mutation test coverage’ is a powerful one.

If you want to know more about this on, check out my YouTube channel.

I have a video that explains the theoretical part and the practical one for Java and Kotlin.

The Need for a Single Point That Understands All Repo-types

To get a picture of the full impact graph based on all known vulnerabilities, it is crucial to understand all package managers included by the dependencies. Focussing on just one layer in the tech-stack is by far not enough.

JFrog Artifactory provides information, including the vendor-specific metadata that is part of the package managers.

JFrog Xray can consume all this knowledge and can scan all binaries that are hosted inside the repositories that are managed by Artifactory. 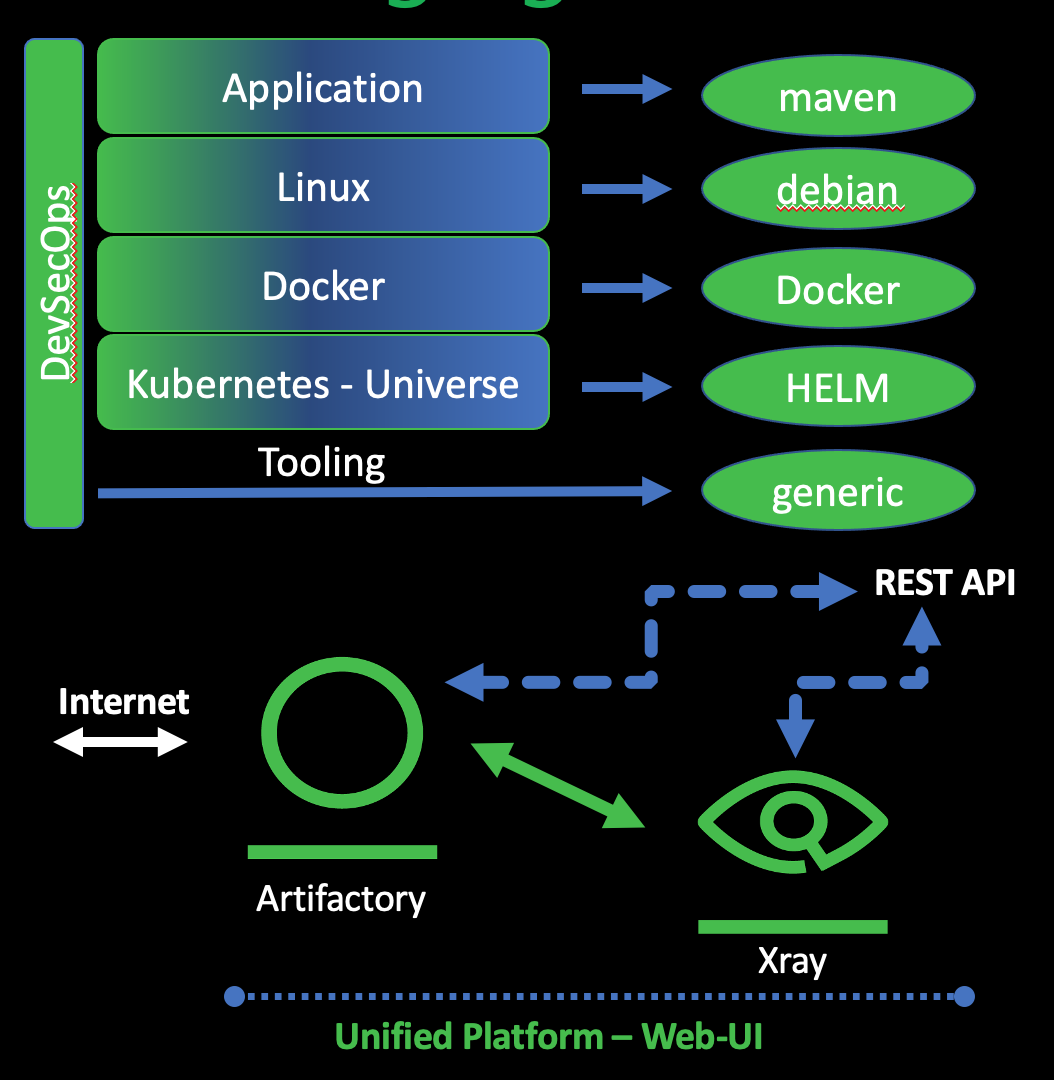 Shift Left means that vulnerabilities must be eliminated as early as possible inside the production pipeline. One early-stage after the concept phase is the coding itself. At the moment you start adding dependencies to your project, you are possibly adding vulnerabilities as well.

The fastest way to get feedback regarding your dependencies is the JFrog IDE Plugin. This plugin will connect your IDE to your JFrog Xray Instance. The free tier will give you access to Vulnerability scanning. The plugin is OpenSource and available for IntelliJ, VS-Code, Eclipse, etc… If you need some additional features, make a feature request on GitHub or fork the Repository add your changes, and make a merge request.

How to use the IDE plugin?

If you want to see the IDE Plugin in Action without registering for a Free Tier, have a look at my youtube video.

How to activate a JFrog Free Tier

With the JFrog Free Tier, you have the tools in your hands to practice Shift Left and pushing it into your IDE.

Create repositories for all included technologies, use Artifactory as a proxy for your binaries, and let Xray scan the full stack.

With this, you have a complete impact graph based on your full-stack and the pieces of information about known Vulnerabilities as early as possible inside your production line.

You don’t have to wait until your CI Pipeline starts complaining. This will save a lot of your time.

If you liked this blog post, I would appreciate to have you as my new subscriber on Youtube.

I have two channels: one in English and one in German.

On my channel, you will find videos about the topics Core Java, Kotlin and DevSecOps.

Please give me a thumbs up and see you on my channel.

How Is Powershell Different From Command Prompt? (2021) – DZone DevOps

What Does It Take to Test in DevOps?: QA Best Practices – DZone DevOps